The earliest Canadian plan extant is the “Boulton Atlas” of Toronto, Ontario, circa 1858. In 1874-75, Sanborn mapped fifteen Canadian cities in Ontario and Quebec at the request of some Canadian insurance companies. In 1885, Sanborn mapped five British Columbia municipalities, including Victoria, and Granville. Granville was the proper name for “Gastown”, which became Vancouver. The San Francisco firm of Dakin published a plan of Vancouver in 1889. 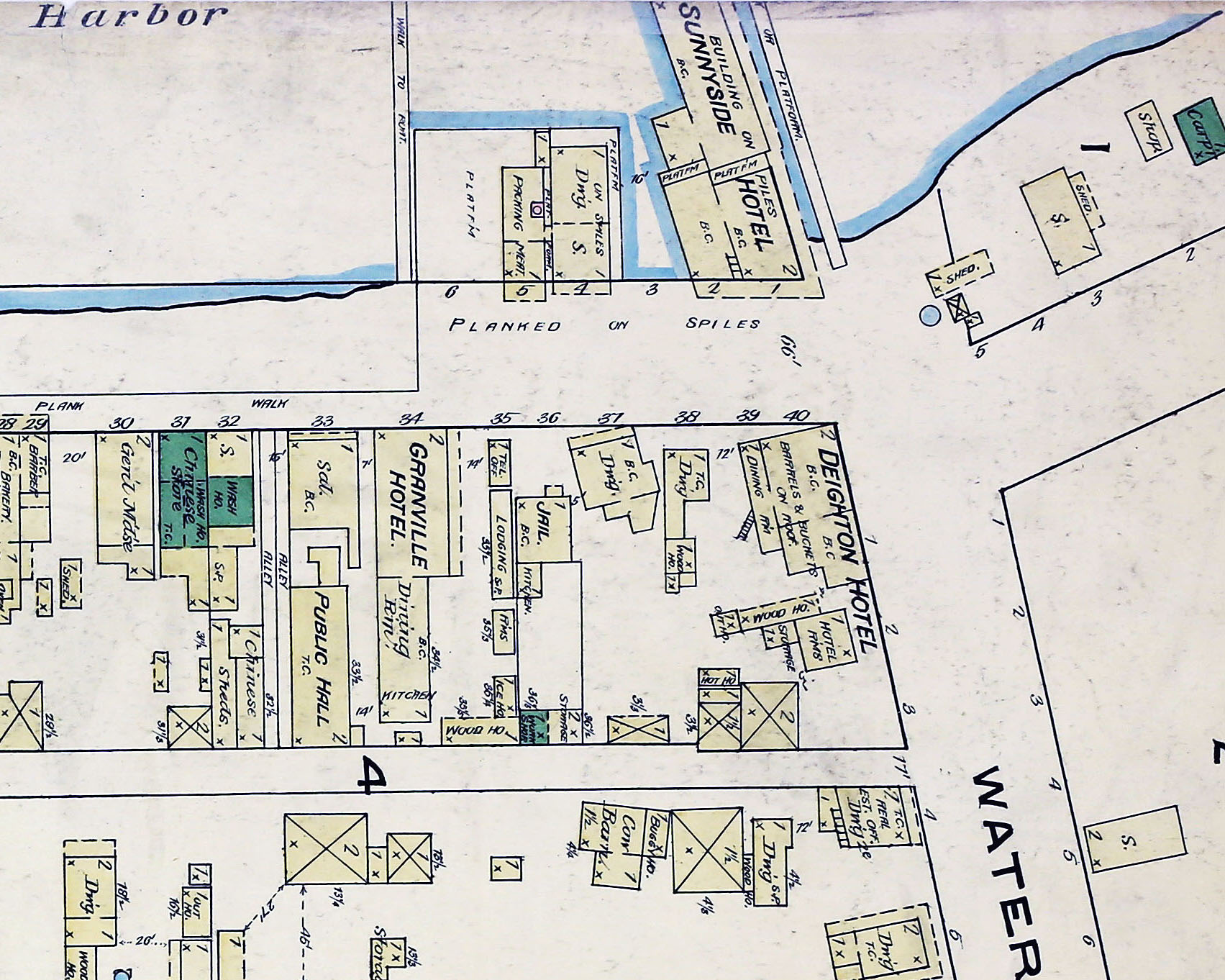 In 1875 Charles Edward Goad mapped Levis, Quebec, and later bought Sanborn’s Canadian stock. In 1897, the Goad company began producing plans for British Columbia municipalities, along with various underwriters associations in the province. In 1917, Goad sold out to the Canadian and provincial underwriters associations. The associations amalgamated to form the Canadian Underwriters’ Association in 1960 and subsequent production of fire insurance plans was centralized under the Plan Division of the Association. In 1974, the Association became the Insurers’ Advisory Organisation. The following year, in 1975, production of fire insurance plans ceased. There are Fire Insurance Plans for over 1000 cities across Canada.

Plans were revised periodically as buildings were burned, torn down, rebuilt, or a new area was developed. The revisions were printed and distributed to the agents to paste in. Sometimes revisions were made in pencil or crayon by the agent, or by the cartographers in the Plan Department. Plans with the same date may have different revisions. There are no plans for undeveloped areas, nor for a few areas which were developed.