TheÂ  image shown below is an excerpt from a July 1897 (revised in 1901) Fire Insurance Plan.Â Â  It shows the area of Main Street and East Broadway in Vancouver.Â  As you can see, the street names are differentÂ  from the present. Main Street was originally named Westminster Avenue, Kingsway was originally named Westminster Road and Broadway was originally 9th Avenue.Â  Many street names have been changed in Vancouver.Â  In the Plan, you can also see Brewery Creek (named after a number of breweries sprang up in the surrounding area).Â  See the house shown at 2520 Westminster Avenue (Main Street). That house was built around 1895 and was moved to the back of the lot. You can see a picture of the house here. 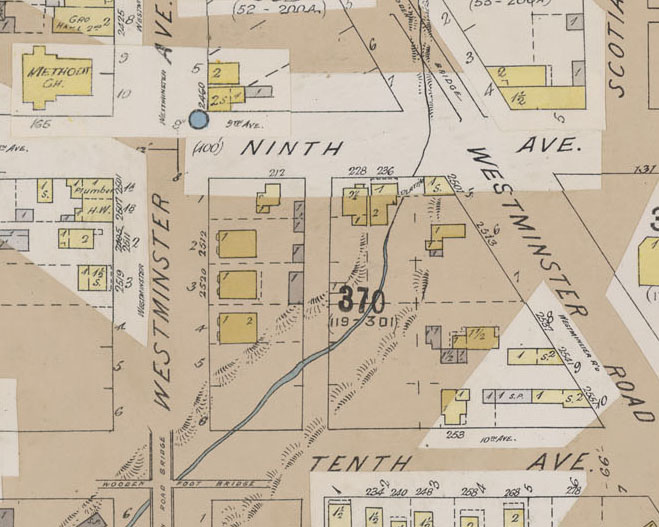